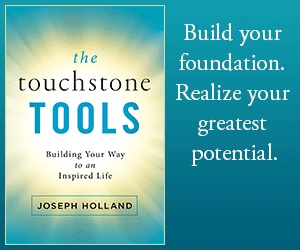 Amazon Publishing Marketing has selected The Touchstone Tools: Building Your Way to an Inspired Life (“TTT”) to be promoted via Physical Book Promotion in the US marketplace, starting 7/1/2018 and running through 7/31/2018. TTT will be offered at 7.99 USD during the promotion period. The promotion can be accessed here:
https://www.amazon.com/b?node=11101536011 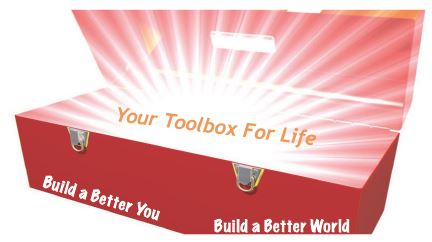 The summer after my second year at Harvard Law School I worked at a Washington, D.C. law firm. I lived with a close family friend whom I knew as Absentminded Aunt Marie; she tended to forget things. I’d been saving money for a top-of-the-line stereo system to take back with me to Cambridge. When I finally had enough money, I’d withdrawn the twelve hundred dollars, only to find out at the store that my model was out of stock. It was a Friday afternoon and the bank had closed. I hid the money in my room at Aunt Marie’s house, intending to buy the stereo the following Monday.
What I didn’t know—because she forgot to tell me—was that Aunt Marie was having some rooms painted the next day. When I returned home Saturday evening, I’d found the furniture rearranged and covered, my room painted, and the painters come and gone. My money was missing!
I searched for it in vain. I felt like an idiot. I was angrier at myself than at the painters, for being so stupid as to leave that much cash unsecured. I told Aunt Marie, who called me irresponsible, chided me for accusing her painters, and summarily dismissed my concerns. I searched again, never found the money, and chalked it up as a very tough life lesson.
Eighteen months later, I was a broke, unemployed law school graduate living in Harlem, seeking divine purpose, months behind on rent. Out of the blue, Aunt Marie called: “I found your money.” I was speechless. She’d discovered the twelve hundred dollars in an envelope tucked inside a favorite blouse she’d put to the side before the painters started. She’d forgotten where she had put it but, in reorganizing her wardrobe, discovered the misplaced blouse, picked it up and my cash had fallen out. She promised to send me a check by overnight mail.
The missing money had become my blessing in disguise. Aunt Marie – in all her absentmindedness – had become to me like one of Elijah’s ravens. What had seemed like bad luck at the time had actually been God’s handiwork. Providence had prevented me from spending money on a stereo I didn’t need to preserve it for a more important future purpose that I didn’t know I had – manna from heaven to survive in Harlem. Four months rent that I didn’t have was now on the way.
Life has a way of resisting your control, of defying predictability, of introducing unfavorable circumstances, of upsetting your best-laid plans. This doesn’t mean you should live with a sense of frustration and futility but with the awareness that the constants in life are challenge and change. If you don’t believe so, you run the risk of missing or dismissing the providential interventions that could pop up along the pathways of your life. Be a person of faith—then you will find a purpose in opposition, a silver lining in the clouds, calm in uncertainty, grace through the trials, and an opportunity for serendipity in the midst of life’s storms. Your faithfulness will bring the blessed assurance that though it may be darkest before the dawn, sunshine is on the way. Through it all, you will be able to discern life’s adversities as blessings in disguise.

You can find out more about TTT and related products and programs at:

We're not around right now. But you can send us an email and we'll get back to you, asap.